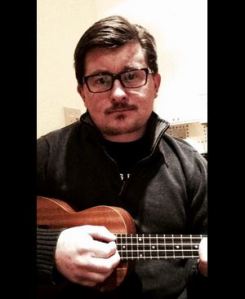 So it’s been a few days since my last update. A series of events, some good, some not as good, conspired to keep me off the blog for a bit. To give you a quick update, last weekend I hosted my brother, his fiance, her sister and mother for a weekend of wedding planning, college basketball, dinners out, etc. It was a lovely weekend, but didn’t leave much time to work on the blog or the podcast. But it’s a trade-off I’m happy to make- good company and good times are worth quite a bit.

After they left I was feeling a bit of a let-down, something probably not unexpected. Add to that  more crappy weather (and I mean really bad- we’re on pace for the coldest February on record) and I was really finding myself down, both at work and at home. Falling into the familiar symptoms of depression, including a lack of motivation, apathy towards things I normally like (such as updating the blog), and problems sleeping and getting out of bed. On Thursday morning I went and saw my therapist and let her know about this slide back into a depression. We talked about some of the causes, we discussed ways to approach it, and ways to relieve the symptoms and address the underlying issues. One of the results is that we decided to up my dose of my antidepressant. We also talked about things like social engagement, activities and my upcoming trip (more on that in a minute). 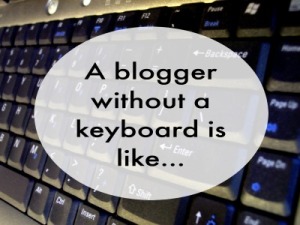 So I left feeling better. And then, within maybe an hour of getting to the office, I knocked over my cup of coffee onto my keyboard. I saw it happen in slow motion. Couldn’t stop it. Just watched as the coffee spilled all over the keys, down in between them, splashed the screen, on the mouse, on the desk. I set the mug up with whatever is left in it and dash to grab some paper towels. I was too late. It was everywhere. All I managed was to get whatever didn’t already drip down inside the laptop. I held it upside down to drain it. I tried to air dry it using one of those cans of compressed air, trying to get in between the keys. Nothing. And then it just started getting twitchy on me. The “S” key wouldn’t work. If I hit the “R” I was getting “er.” Bad news.

So I took it in to get in fixed and haven’t heard back yet. In the meantime I’m working temporarily at a different workstation doing what I can on an older computer. I’ve written posts for this blog on my iPad and to tell you the truth, I really prefer having a keyboard rather than typing on the screen. So for the next few days I may be posting a little less frequently or maybe some more abbreviated posts.

But it’s not all bad news. I went to my nephew’s soccer game this weekend and saw him score a goal. I had a great dinner out at one of my favorite local spots with my sister and sister-in-law. I was pretty productive this weekend (I even got a haircut) and I spent some time practicing the ukulele.

Yes, the ukulele! I was given an impromptu lesson when my brother’s fiance and her family were up (they all play) and I really enjoyed it- in fact, I enjoyed it so much I went out and bought one. It’s relatively easy to learn and with the help they gave me initially and some YouTube tutorials, I’ve got a few chords down and am working on learning my first song.

OK, I know this post is a little rambling, but I wanted to check-in, let everyone know I’m doing OK and staying out of trouble (for the most part). I’m going away this weekend with my sister to visit my folks for my mom’s birthday and my youngest brother is flying in from the West Coast. I haven’t seen him since early October, and I’m really looking forward to spending some time with him. So if I’m still quiet over the next few days it’s because I don’t have my computer and I’m taking off for a bit.

See ya when I see ya.