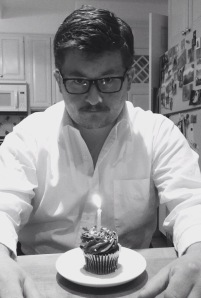 The past two days have both been milestones for me- Friday was one year since my last drink and yesterday is one year since the suicide attempt. As I’ve written before, I have some mixed emotions about both. One the one hand it’s been a tremendous year in terms of getting better, both mentally and physically. On the other hand, looking back means reflecting on some particularly painful memories. At first I was concerned about the progress (or perceived lack thereof) that I was making. Fortunately some helpful comments from friends and family and a productive session with my therapist helped me to contextualize how I was feeling. As one friend summed it up rather neatly:

In therapy I asked what was typical of people who have these types of anniversaries- are they celebrated, somberly noted, etc? Of course the answer is different for everyone.

As I said, it involves some rough memories, and on Friday those emotions were a little overwhelming, so I left the office a little early and just tried to take my mind off of things. I went to the mall and walked around, did some people watching. I went out to lunch. I got my car washed. I went and had a cup of coffee and caught up on the news. I wasn’t just hanging around the house feeling sorry for myself or thinking of what might’ve been. I spent the evening talking with my parents on the phone, with my brothers. It was good.

Yesterday I spent some time in quiet meditation. It’s been too long since I’ve made a point to dedicate a big chunk of an afternoon to mindfulness; to do nothing but sit quietly and try to clear my mind, focusing on my breathing and allowing any thoughts to simply pass without judgement (much harder than it sounds). Then I went for an early dinner with my family to mark the anniversary at one of my favorite local spots. When I came home, I marked one year with a cupcake.

It was my mom who told me that she thought I should treat the anniversary as a kind of second birthday. I still have mixed feelings about that but looking back over the past year I can recognize the growth and the progress. I may not be where I want to be yet, there are still areas where I fall short of my own expectations for myself, but maybe the most important lesson I’ve learned is that that’s OK. I’m making progress. I think one of my favorite posts on this blog has been the one about progress and recovery- each is defined by the other. I don’t know where I’ll be or what I’ll be doing next year. But I can say pretty confidently that I’ll be alive and that I’ll be making progress.

3 thoughts on “One year later”