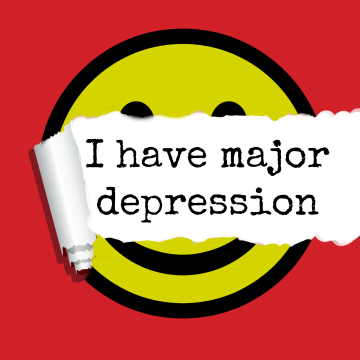 Driving into work this morning I was listening to Marc Maron’s WTF podcast and he had Barry Crimmins (Skaneateles native) and Bobcat Goldthwait on to discuss Goldthwait’s new documentary about Crimmins, “Call Me Lucky.” The film covers Crimmins’ experience as a comedian and political satirist but most importantly, his status as a survivor of childhood rape and now an advocate for victims of child sexual abuse and rape. Discussing what happens when he talks about it, Crimmins emphasized his use of the word “disclose” rather than “admit” when telling people he’s been raped. As he explains, an admission is often associated with talking about something you had control over and therefore, some culpability in.  It’s a confirmation of guilt, in some ways. Victims of rape should never be seen as culpable for what has happened to them and when we talk about people “admitting” they were raped we are- whether we are conscious of it or not- feeding into the notion that they were somehow asking for it, or, at the very least we’re lending some credibility to the idea that they are somewhat responsible for what has happened to them. You’ll recognize this kind of victim blaming when you see people talking about what clothes someone was wearing or in phrases like “leading them on.”

The use of admission as a way to describe sharing something deeply personal about yourself is also used when people talk about mental health. I’ve used the phrase before myself, I’m sure, and I’ve heard people use it- again, very well meaning people.

“It must be really difficult to admit that you thought about suicide.”

See, don’t those both come off as pretty innocuous and sympathetic sounding? But when you think about it, what exactly am I admitting to? What culpability do I have for the depression? Suicidal thoughts and ideation are a symptom of depression- just as a crushing pressure on the chest is a symptom of a heart attack- but we would never say “It must be really difficult to admit that you had chest pains.”

OK- maybe that example is a little too broad. It can be uncomfortable to talk about suicide ideation in a way that talking about a heart attack isn’t. But then why is that? I would say that discomfort comes from a lack of understanding. One of the reasons we don’t understand it is because suicide and mental health are tangled up in stigma and a sense of shame. I think most people are familiar with the teaching by some Catholic and other Christian denominations that people who commit suicide have sinned and can’t get into heaven. And so this becomes part of the context of stigma and shame- if you thought about suicide you thought about something so bad you can’t get into heaven, so clearly you’re guilty of something. This is only one example of how depression in general and suicide in particular get tagged with a stigma or sense of shame, but I think even well-intentioned people are predisposed to talk about it within this context.

Returning to the idea that the use of “admit” or “admission” are misplaced when we discuss mental health I want to say that I don’t think most people are conscious of using them in any negative context, but because they can reinforce stigmas and stereotypes, maybe it’s time to become a little more careful. Whether you’re talking to someone who has been a victim of rape, whether you’re talking with a suicide survivor or what have you, these are subjects which call for a heightened awareness and sensitivity. If someone is sharing a deeply personal trauma or health condition with you, understand that they’re likely doing so because they trust and respect you. Be supportive of their disclosure and help them however you can.

Even when someone is open about their experience, as I try to be here on the blog or as Barry Crimmins is through the documentary and his advocacy work, understand that part of being open is a way to control the uncontrollable. By disclosing what happened to him Crimmins is helping others reach some sense of recovery or healing. I can’t snap my fingers and not be depressed. But I can talk and write about my depression and by doing so come to understand it better, learn different ways to manage it and hopefully share some of what I’ve learned with others.

I’m happy to disclose and I’m glad to share… But I’m not admitting to anything.